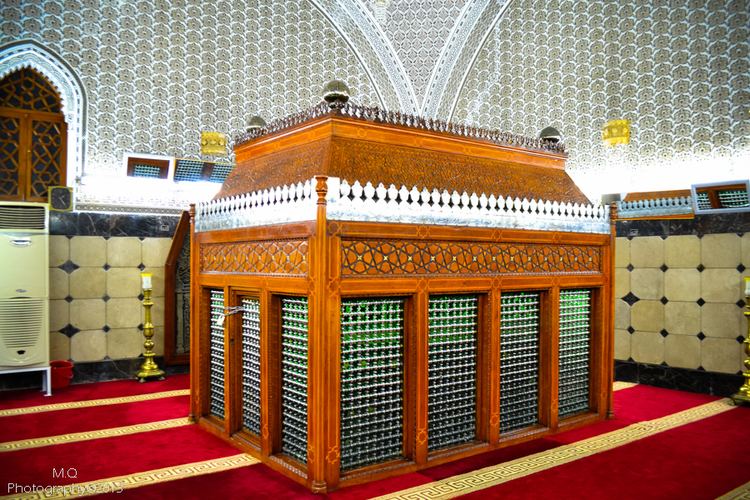 Abū Ḥanīfah is regarded by some as one of the Tabi‘un, the generation after the Sahaba, who were the companions of the Islamic Prophet Muhammad. This is based on reports that he saw the Sahabi Anas ibn Malik, with some even reporting that he transmitted Hadith from him and other companions of Muhammad. Others take the view that Abū Ḥanīfah only saw around half a dozen companions, possibly at a young age, and did not directly narrate hadith from them. Nevertheless, it is widely acknowledged that he learnt hadith from tabi’een including Ibrahim al Nakha’i.

Imām Abū Ḥanīfah was born in the city of Kufa in Iraq, during the reign of the powerful Umayyad caliph Abd al-Malik ibn Marwan. Acclaimed as Al-Imām al-A’zam, or Al-A’dham (the Great Imam), Nu’man bin Thabit bin Zuta bin Mah was better known by his Kunya Abū Ḥanīfah. None of his sons or daughters is reported as having the name “Hanifah,” so it was a type of Kuniya like Abu Hurairah or Abu Turaab etc., i.e., an epithetical name meaning “pure in monotheistic belief.”

His father, Thabit bin Zuta, a trader from Kabul, Afghanistan, was 40 years old at the time of Abū Ḥanīfah’s birth. Some called Abū Ḥanīfah “al-Taymi.” The origin of this name may be that Abū Ḥanīfah’s grandfather Zuta was a slave and a member of the tribe of Taym and purchased his freedom; but this is only weakly supported, as some people mix the Arabic word Maula, which was used to denote a slave master and also the person on whose hands a person accepted Islam. So it is mostly accepted that his grandfather accepted Islam on his hands, the same as Imaam Bukahri, whose name contains “Jafa’e,” which is the name of a tribe of the Sahabi, on whose hands ancestors of Imaam Bukhari accepted Islam and hence are called their Maula.

His ancestry is generally accepted as being of non-Arab origin as suggested by the etymology of the names of his grandfather (Zuta) and great-grandfather (Mah). The historian, Al-Khatib al-Baghdadi, records a statement from Imām Abū Ḥanīfah’s grandson, Ismail bin Hammad, who gave Abū Ḥanīfah’s lineage as Thabit bin Numan bin Marzban and claiming to be of Persian origin.

The discrepancy in the names, as given by Ismail of Abū Ḥanīfah’s grandfather and great-grandfather are thought to be due to Zuta’s adoption of the Arabic name (Numan) upon his acceptance of Islam and that Mah and Marzban were titles or official designations in Persia, with the later meaning a margrave refers to the noble ancestry of Abū Ḥanīfah’s family as the Sasanian Marzbans (equiuvalnet of margraves) of Kabul. Those stories maintain for his ancestors having been slaves purchased by some Arab benefactor are, therefore, untenable and seemingly fabricated. There is a discussion on being of Turkic or Persian origin. But the widely accepted opinion, however, is that most probably he was of Persian ancestry from Kabul.

Imām Abū Ḥanīfah was born 67 years after the death of Muhammad, but during the time of the Sahaba of Muhammad, some of whom lived on until Abū Ḥanīfah’s youth. Anas bin Malik, Muhammad’s personal attendant, died in 93 AH and another companion, Abul Tufail Amir bin Wathilah, died in 100 AH, when Abū Ḥanīfah was 20 years old.

Abū Ḥanīfah grew up in a period of oppression during the caliphates of Abdul Malik bin Marwan and his son Al-Walid I (Al-Walid ibn Abd al-Malik). The governorship of Iraq was under the control of Al-Hajjaj ibn Yusuf, a loyal follower of Abdul Malik. During his governorship leaders in religion and learning were especially targeted by Hajjaj as they were proving to be an obstacle to Abdul Malik’s establishment of his rule across Arabia and Iraq. Consequently, Abū Ḥanīfah had no interest nor the opportunity to acquire any education in his early childhood. He was simply content with following in the footsteps of his father as a silk merchant.

He set up a silk weaving business where he showed scrupulous honesty and fairness. Once his agent in another country, sold some silk cloth on his behalf but forgot to point out a slight defect to the purchasers. When Abu Hanifa learned this, he was greatly distressed as he had no means of refunding their money. He immediately ordered the entire proceeds of the sale of the consignment of silk to be distributed to the poor.

Following the deaths of Hajjaj in 95 AH and Walid in 96 AH, justice and good administration began to make a comeback with the caliphates of Sulaiman bin Abdul Malik and thereafter Umar bin Abdul Aziz. Umar encouraged education to such an extent that every home became a madrasa. Abū Ḥanīfah also began to take an interest in education which was heightened further by the unexpected advice of as-Sha’bi (d. 722), one of Kufa’s most well-known scholars.

While running an errand for his mother, he happened to pass the home of as-Sha’bi. Sha’bi, mistaking him for a student, asked him whose classes he attended. When Abū Ḥanīfah responded that he did not attend any classes, Sha’bi said, “I see signs of intelligence in you. You should sit in the company of learned men.” Taking Sha’bi’s advice, Abū Ḥanīfah embarked on a prolific quest for knowledge that would in due course have a profound impact on the history of Islam. His early education was achieved through madāris and it is here that he learned the Qur’an and Hadith, doing exceptionally well in his studies. He spent a great deal of time in the tutelage of Hammad ibn Abi Sulayman, a great jurist of Kufah.

The Imam went to Medina in 102 A.H. in pursuit of Knowledge and attended the lessons of seven top theologians. The celebrated Imam Musa al-Kazim and his illustrious father Imam Ja’far al-Sadiq, the descendants of Muhammad, were the greatest authorities in Islamic learning of their times and Imām Abū Ḥanīfah took full advantage of their society in Medina, attending Al-Sadiq’s institue for 2 years. He was highly impressed with the erudition of Imam al-Sadiq whom he acknowledged as the most learned man in the world of Islam. Imām Abū Ḥanīfah also attended the classes of Imam Malik who was thirteen years younger than he.

It was his good fortune that Umar bin Abdul Aziz had organised the study and recording of Hadiths on a sounder footing. Before the Caliphate of Umar bin Abdul Aziz, the record of Hadiths was confined to the memory of the people. In a letter addressed to the learned men of Medina in 101 A.H., he requested them to preserve in writing the record of Hadiths. Imam Zuhri furnished the first collection of Hadiths. The teaching of Hadiths, too, had undergone a revolutionary change. From his pulpit, the learned teacher discoursed on the subject and the pupils assembled around him took down the notes with pen and paper. Imām Abū Ḥanīfah had learnt Hadiths from more than four thousand persons.

Abu Hanifa was a lover of Ahl al-Bayt, and he supported the revolts lead by their devotees.

It redounds to the credit of Imām Abū Ḥanīfah that he left behind the greatest number of pupils in the world of Islam, including Qadi Abu Yusuf, Imam Muhammad al-Shaybani, ‘Abd ar-Razzaq as-San‘ani, Abdullah ibn Mubarak, Abu Naeem Faza, and Abu Asim. Qadi Abu Yusuf rose to be the Grand Qadi of the Abbasid Caliphate during the time of Harun al-Rashid.

In his reply to al-Mansur, Abū Ḥanīfah recused himself by saying that he did not regard himself fit for the post. Al-Mansur, who had his own ideas and reasons for offering the post, lost his temper and accused Abū Ḥanīfah of lying. “If I am lying,” Abū Ḥanīfah said, “then my statement is doubly correct. How can you appoint a liar to the exalted post of a Chief Qadi (Judge)?” Incensed by this reply, the ruler had Abū Ḥanīfah arrested, locked in prison and tortured. He was never fed nor cared for. Even there, the indomitable jurist continued to teach those who were permitted to come to him.

In 767, Abū Ḥanīfah died in prison. The reason of his death is not clear, as some say that Abū Ḥanīfah issued a legal opinion for bearing arms against Al-mansoor, and the latter had him poisoned to death. It was said that so many people attended his funeral that the funeral service was repeated six times for more than 50,000 people who had amassed before he was actually buried. On the authority of historian Khatib, it can be said that for full twenty days people went on performing funeral prayer for him. Later, after many years, a mosque, the Abū Ḥanīfah Mosque was built in the Adhamiyah neighborhood of Baghdad.