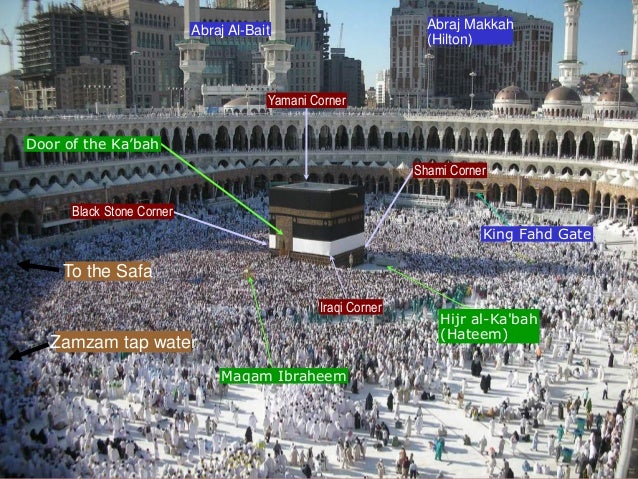 The semi circle area known as the Hateem is approximately 3 metres adjacent to the walls on the sides of the kaabah, it is actually considered to be part of the Kaabah despite the fact of lying outside of the walls of the Kaaba. A Hadeeth reported by Hazrat Ayesha radiyallaho anha states that the height of the walls of Hateem remained lower due to the lack of resources when the kaabah was being re built. The area still remains to be part of kaabah, it is for this reason that Tawaaf must be performed outside the area of Hateem.
Praying in the hateem is like actually praying in the kaabah.

Guards of the Rawdah

These men from #Abyssinia/Habasha are also guards of the rawdah of Nabi sallalaho alayhi wasallam. They look after the keys for the chamber

This is the grave of Hazrat Aaminah radiyallaho anha, the mother of Rasoolullah sallallaho alayhi wasallah. The grave is in a place called Abwa which is near  Madinah.

You will see that the section ‘K’ couplet can be seen.

The text is the following:

O Lord of beauty! Exalted is Allah Who created him,
for such as him in all creation I have never seen.

The verse of poetry above the Quranic Ayat is from the Diwan of Sayyidina al-Imam al-Habib ‘Abdallah bin ‘Alawi al-Haddad Rady Allahu ‘Anhu .
The verse is the 16th verse from his masterpiece:

I have read, that the entire diwan is is engraved in the hujra (room) of Rasulullah Sallallahu ‘alaihi wa Sallam where he used to live with Sayyidatna ‘Aisha Rady Allahu ‘Anha.
From the outside can be discerned the 16th verse of this qasida which reads:
Nabiyyun azeemun khuluquhu’l khuluqul-ladhee
Lahu ‘azzam ar-Rahmanu fee Sayyid i’l Kutbi
A great Prophet whose character was the character
Which the Most Beneficent has exalted in the Master of Books.
Here, Sayyidina al-Imam al-Habib ‘Abdallah bin ‘Alawi al-Haddad Rady Allahu ‘Anhu is referring to this verse of the Qur’an Kareem in praise of Prophet Muhammad, peace and blessings of Allah be upon him.
Wa Innaka La’alaa Khuluqin ‘Azeem
Assuredly, you are of a most excellent character (68:4)

The Mihrab is truly a wonderful piece of art and engineering. What I used to find amazing about this piece of work, is that it was covered in beautiful calligraphy but I used to get angry and worried that I could not understand it. This was one of the main reasons I started my research as I found it extremely odd that such a beautiful piece of art is sitting in my Prophet’s masjid and I cannot fathom what it says.

Please see the image below:

This Structure is the Mehrab that is situated closest to the Holy Chamber. It is also right opposite the Mehrab where the present day Imam would lead prayers.

There are a number  of important points to note. which we will cover InshAllah. Briefly the points are:

A closer look at the Mehrab

Starting with the cone on top of the Mehrab – circled in red. What do you think it says?

The calligraphy is from the Quran and describes an event that  involved another Mehrab.  The Quranic verse is the following:

“Every time he (Zakaria) he entered Al-Mihrab (a praying place or a private room).”

Just above the Upper arch we find a small red plate that informs us of what this Mehrab is:

“This is the Mehrab of the Rasool Sal Allahu alayhi wasalam”

On the right hand arch column there is a sign that goes onto describe the actual place where our Holy Master actually prayed:

“This is the place of prayer of the Messenger of Allah, Peace be upon him”.

The entire block has been placed over the place of prayer of our holy Master SalAllhu alayhi wasalam.

The left of the arch column

To the left of the arch column is written a hadith of our Holy Master SalAllhu alayhi wasalam:

The Prophet, Peace be upon him, said: “Prayer is the mainstay of religion”.

Right of the arch

The right of the actual arch itself starts off with the following Quranic Verse:

“Verily! We have seen the turning of your (Muhammad’s, Peace be upon him) face to a Qiblah (prayer direction) that shall please you, so turn your face in the direction of Al-Masjid Al-Haram (at Makkah). And wheresoever you people are, turn your faces (in prayer) in that direction.”

Over the arch continuing to the Left

This is another Quranic Verse:

As this is a command to send Peace and Blessings on the prophet, The next portion is the Durood:

sometimes the photos that I took or the images I managed to attain had a lot of flash on them so it was difficult to actually elucidate what the Arabic calligraphy was saying. Using photographic software you can invert the colours to  give you a clearer image. So, for the Durood Shareef I managed to attain the following image when the colours were inverted thus giving  better view of the Arabic:

The text within the Mihrab itself

The text within the arch reads the following Quranic Ayat:

(These believers who have bargained with Allah for the Hereafter are those) who turn to Allah in repentance, worship, praise and glorify (Allah), fast, abstain from the worldly lusts, bow down before Him (most humbly and submissively) and prostrate themselves before Him (seeking His nearness), command good and forbid evil and guard the limits (set) by Allah. And give glad tidings to these believers.

This is the end of the Description of the Holy Mehrab itself.

On the posterior wall of the mihrab is the historic inscription of five lines written in the Mamlooki Thuluth script:

1.”In the Name of Allah, Most Gracious, Most Merciful, and Peace be upon our leader Muhammad.

2.This Noble Mihrab has been placed in the prayer place of the Prophet by order of the Humble Slave (of Allah),

Appended to the aforementioned inscription, in the same script, is the following:

6. Its renovation was ordered by His Majesty, 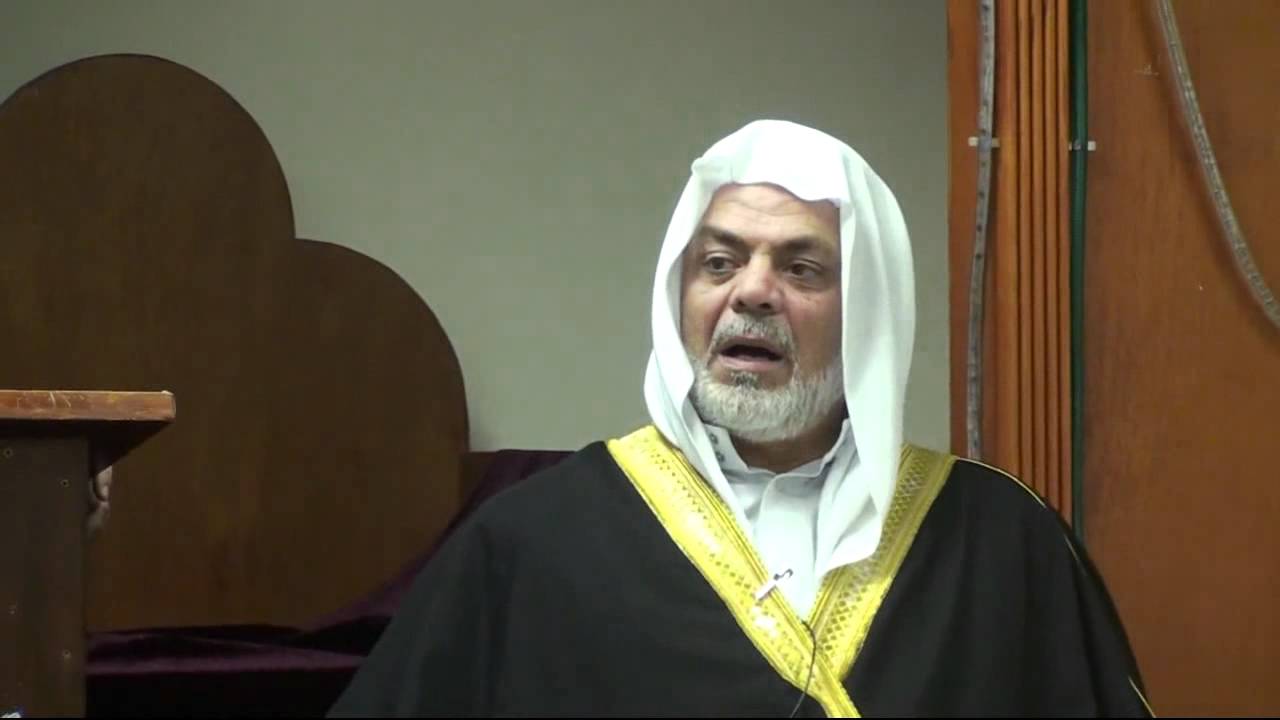 Azam Dewk concluding adhaan for Maghreb salah yesterday, notice how here they send salawat upon the Messenger sallallaho alayhi wasallam after every adhaan, so beautiful This man has the voice of an angel❤️ #islam #masjidalaqsa #salah #adhan 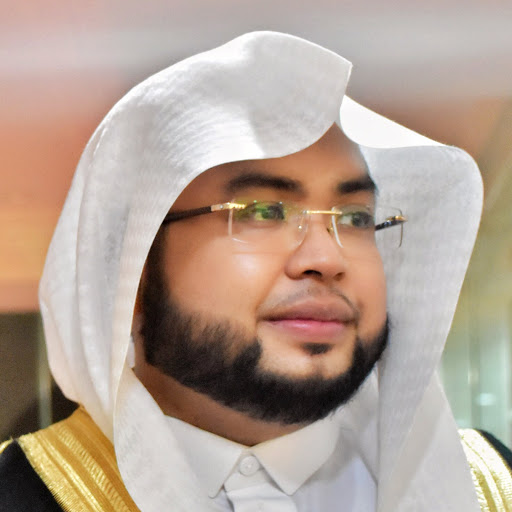 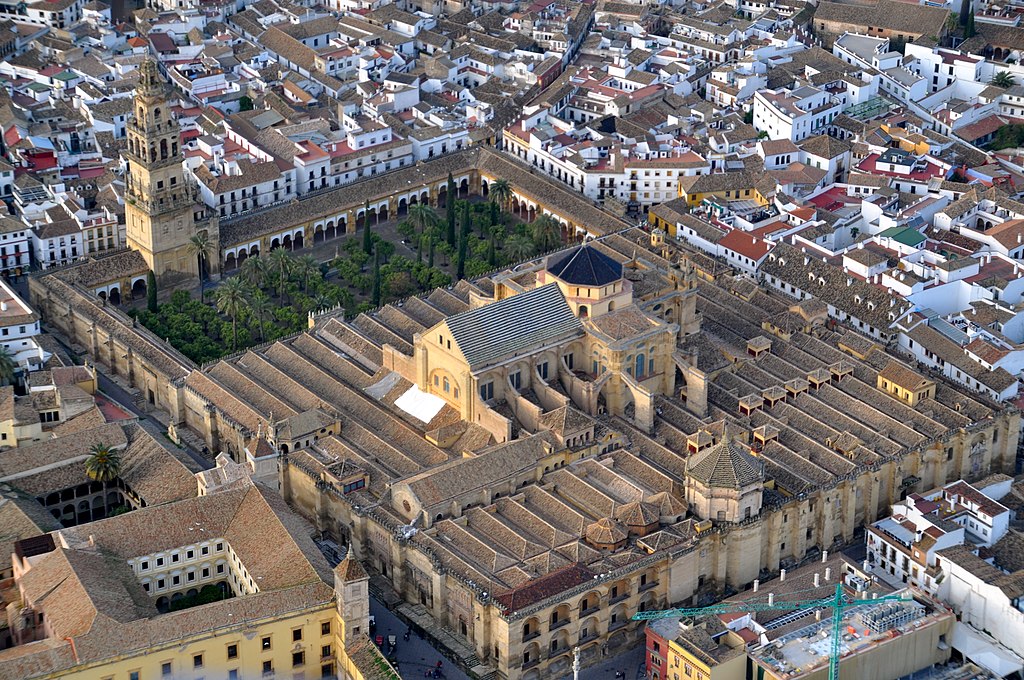 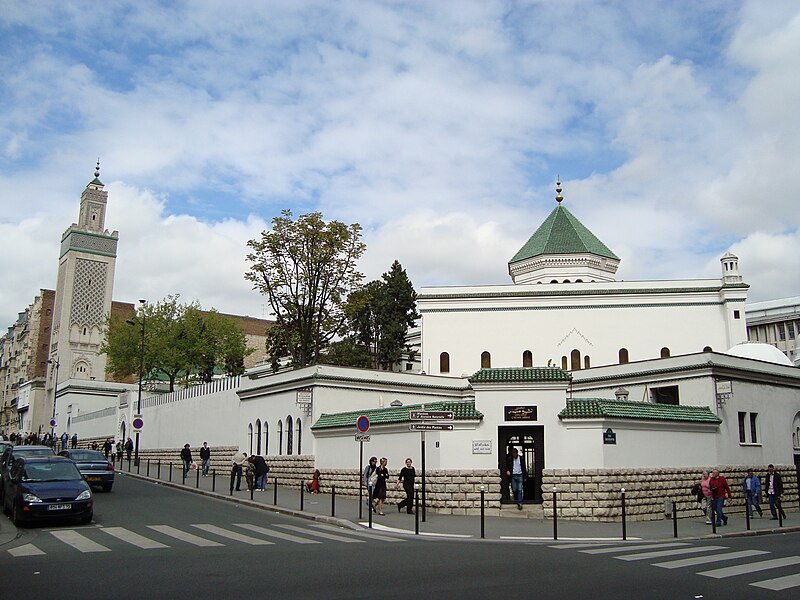 Abdelqader Ben Ghabrit  founder of the Great Mosque of Paris 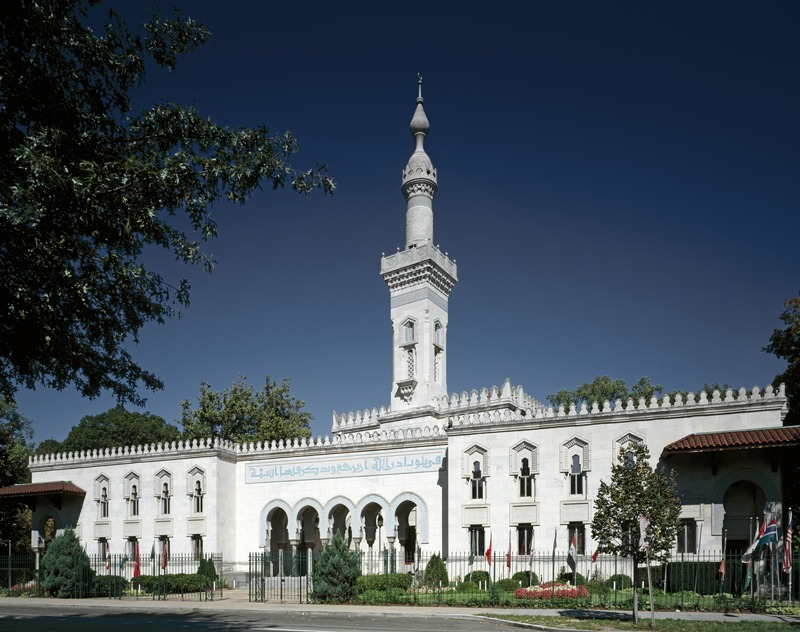 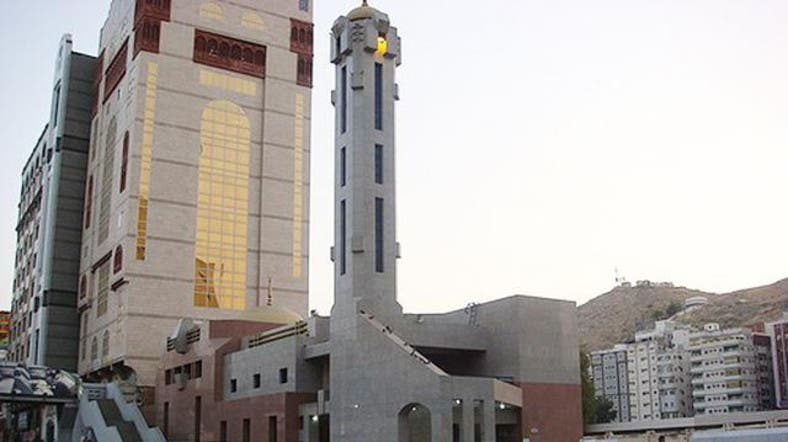