Translation of the Holy Qur’an in Urdu 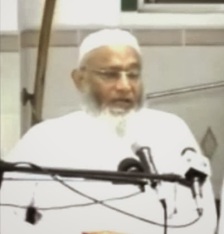 Sheikh Motala is the founder of the Dar ul Ulum Al-Arabia Al-Ilamia in Holcombe, Bury, Lancashire. He is a scholar’s scholar: many of the United Kingdom’s young Deobandi scholars have studied under his patronage. Sheikh Motala founded an expansive network of students and educational institutions. He is also regarded as the spiritual khalifa of the famous scholar, Shaikh al-Hadith Muhammad Zakariyya al-Kandahlawi, and consequently acts as a spiritual guide for thousands of people.

There are sections within the cemetery, Hazrat is resting in the section called ‘Paradise garden

May Allah elevate his status pic.twitter.com/KE53TXyfnw 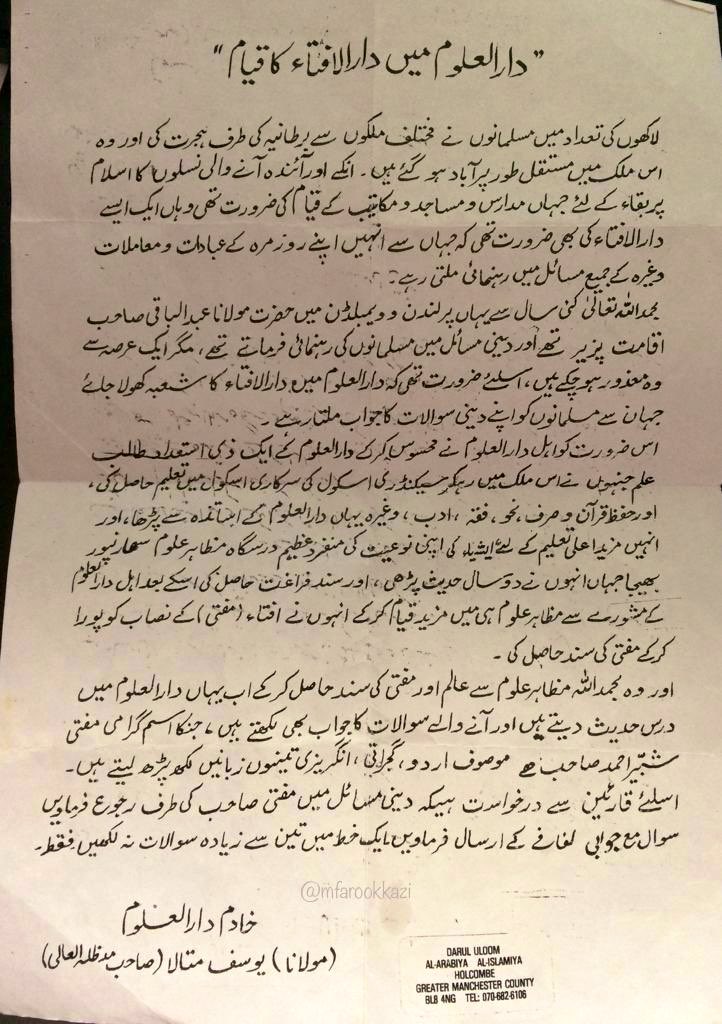 #Letter written by Hazrat Maulana Yusuf Motala RA regarding the establishment of the first Darul iftaa in the UK. Hazrat RA appointed Mufti Shabbir saab as the mufti