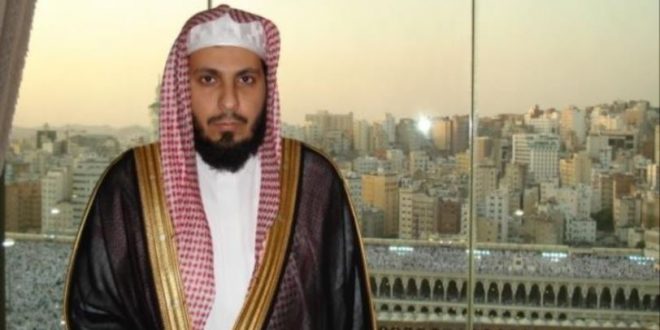 Sheikh Saleh Al Talib, who was brought into this world in the year 1974 in Riyadh, Saudi Arabia, is a man of many extraordinary talents and is a Qur’an reciter and preacher par excellence.

Having received his elementary education perfectly, he now sought to achieve a Bachelor’s degree from the Imam Saud University, Riyadh while progressing on to master in Comparative Islamic Jurisprudence and simultaneously in International Law from Georgetown, Washington DC, USA. He also had the good fortune of garnering a certification by the “Ten readings” thanks to the able guidance of noted Sheikh Mahmoud Omar Sukkar, Saber Hassan Abu Sulaiman, and Abdul Halim Saber Abdul Razak. He had the support and help of Shaykh Abdul Aziz bin Abdullah bin Baaz and Saleh bin Abdul Aziz Al-Sheikh, the Minister of Islamic Affairs, and the General Mufti of Saudi Arabia.

Having had immense amount of experience and expertise in handling the judicial requirements at the Supreme Court in Riyadh  alongside noteworthy Sheikhs like Abdul Aziz bin Ibrahim Al-Qasim, Abdullah bin Abdul Aziz, head of Al Taif courts, Sheikh Talib, as is no surprise, was officially designated at the coveted position of a Judge in the High Court of Makkah, a place he has occupied till date along with being a successful Imam and Khateeb of Masjid Al Haram, Makkah.