The signs of the ‘Hour’ in Quran

The topic about signs of the Hour interests many people. Lets review the ayahs related to ‘the Hour’ in Quran:

They ask thee (the messenger) about the (final) hour – when will be it’s appointed time? Say. “The knowledge thereof is with my Lord. None but He can reveal as to when it will occur. It is heavy on the heavens and the earth. It will come to you, suddenly”. They ask thee as if thou wert eager in search thereof. Say, “The knowledge thereof is with Allah (alone), but most people don’t know.”

Do they then only wait for the ‘Hour’,- that it should come on them suddenly? But already have come some conditions thereof, and when it (actually) is on them, how can they benefit then by their admonitions?

The ‘Hour’ will arrive suddenly. Some of its conditions will manifest in time. Lets see what are these conditions in Quran.

Then be on the watch for a day when the sky shall come with a smoke (or mist) plainly visible, enveloping the people. This is a grievous penalty.

Smoke and pollution is en-gulfing people in major industrial cities and causing lots of health problems. Near the ‘Hour’ smoke will become a major problem.

Violence/Corruption has appeared on land and sea because of deeds of the hands of people, that (Allah) may give them a taste of some of their deeds, in order that they may turn (towards Him)

No land, sea or air is going to be safe because of the weapons of mass destruction mankind has made.

And when the ‘Word’ is fulfilled on them, We shall bring out for them , a creature from the earth to speak to them, for that mankind did not believe in Our signs.

Creature of earth could be a reference to computer technology, as computer chips are sometimes referred to be made of silica (As in Silicon Valley), an ingredient of sand. With advancement of AI, we will be seeing advanced AI forms such as ‘Siri’ of Apple and ‘Alexa’ of Google and robots, talking to people intelligently. 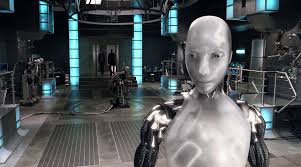 The Hour (of Judgment) is near, and the moon is spilt.

Could be a prophesy for the future i.e near the Sa’aa/hour the moon will be spilt (a supernova happening within 30 million light-years from Earth could annihilate earth and moon) or could be an expression of a predicament, that in modern times, when information about moon positions will not be a secret any more, still in many cities of world, the celebration of Eid will be spilt among factions of Muslims, i.e they will spilt in their judgment about the moon’s position and celebrate Eid on different days, while still living in the same city. This is as if the moon is spilt for them. While it is possible to calculate several hundred years in advance, when a lunar and solar eclipse will happen and in which parts of the World it can be seen. In this age, differences of people’s opinion for normal start of the lunar month is incomprehensible. Allah says that the Moon is for calculation of years and months and for ‘Muwaqeet’/scheduling/calendar (2:189 يَسْأَلُونَكَ عَنِ الْأَهِلَّةِ ۖ قُلْ هِيَ مَوَاقِيتُ لِلنَّاسِ وَالْحَجِّ ) (They ask thee about the Moon phases. Say,  they are schedules/fixed periods of time for people, and for Hajj).  And in 10:5    (    هُوَ الَّذِي جَعَلَ الشَّمْسَ ضِيَاءً وَالْقَمَرَ نُورًا وَقَدَّرَهُ مَنَازِلَ لِتَعْلَمُوا عَدَدَ السِّنِينَ وَالْحِسَابَ ۚ ) (It is He Who made the sun to be a shining and the moon to be a light, and measured out stages for it; that you may know the count of years and the calculation...). In the present situation can we schedule any event/meeting with Lunar calendar a few months in advance in different parts of the world? with the uncertainty of date depending upon if the moon will be visible with naked eye or not in these cities?

Until the Gog and Magog, are released, and they swiftly swarm from every height.

The fast moving invaders shall be released. Most probably two nations from the Eastern region, of China/Mongolia/Korea, who will start war and surge into one another. They shall be swift in coming down from heights. (Please see related to topic of Zalqarnain   https://topicsfromquran.com/2018/09/22/zal-qarnain-dual-qarnain/)

Losers indeed are those who belie meeting with Allah,- until ‘the Hour’ is on them suddenly, and they say. “Ah! woe unto us that we took no heed of it”; for they bear their burdens on their backs, and evil indeed are the burdens that they bear?

The ‘Hour’ is accompanied with a mighty convulsion.

O Mankind! fear your Lord! for the Earth quake/Convulsion of the Hour will be a mighty thing!: The Day ye shall see it, every mother giving suck shall forget her suckling-babe, and every load bearing one shall drop her load. Thou shalt see mankind as if drunk, while they are not drunk. but dreadful is the punishment of Allah.

Closer has come to mankind their accountability yet they turn away in oblivion.

Actually the accountability of everyone is as close to a person as his time of death. With every passing second one is getting closer to his appointed time of death. An example is like that of fixed length rope which is slowly burning at one end and getting shorter with passage of time, eventually reaching to its end. Similarly is the life-time of every person, slowly reaching to its end. As soon as one dies, his account is closed and when he will open his eyes again, it will be the time for accountability.

Therein will they cry aloud (for assistance). “Our Lord! Bring us out. we shall work righteousness, not the (deeds) we used to do!” – “Did We not give you long enough life-time so that he that should receive admonition? and (moreover) the warner came to you. So taste (the fruits of your deeds). for the wrong-doers there is no helper.”

Those who will be unfortunate to be destined to fire, will cry therein pleading to the Lord to give them a second chance, however, Allah will ask them a question, which we should honestly ask ourselves now, ‘is the life time we have been given on earth, is not enough for  one to study Allah’s Book and take heed from it.?”